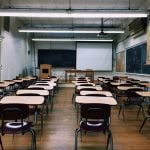 Ensuring the safety of our children at school has never been more important. School is a place where children go to learn and grow, not to be victims of bullying, harassment or school shootings – all unfortunate realities in today’s age.

A state-of-the-art CCTV security camera system is an effective tool to combat these realities. It provides 24-hour around the clock security, enhances surveillance capabilities and ultimately allows school administration officials to be aware of everything happening both inside and outside of the building.

Our expert technicians have the ability to install CCTV security camera systems that will help your school sustain a safe learning environment for all.  We’ll detail the benefits below.

According to the National Bullying Prevention Center, 1 out of every 5 students (20 percent) are victims of bullying at school. It’s a societal problem that is nearly impossible to prevent, and – in severe cases – can cause damaging effects on a student’s mental health and well-being. However, with CCTV camera capabilities, teachers can monitor instances of bullying on a case-by-case basis to identify who was involved, what was happening (i.e. physical or verbal) and the severity of the issue.

For example, a group of students picking on someone in the cafeteria would be recorded via security cameras – allowing teachers to discipline the students even if the victim who was bullied didn’t report it. At the end of the day, students tend to behave better when they know they are being monitored.

Sexual harassment is another problem afflicting schools across the country. In some cases, teachers abuse their position of authority over students to get away with inappropriate behavior. And in other cases, a student could make accusations of sexual harassment due to certain discrepancies with a teacher – such as being too strict or assigning too much homework – that could damage their professional career and personal life.

A security camera system in the classroom would provide school officials with a clear picture of exactly what happened.

In 2018, there were 82 reported school shootings across the United States – the highest rate since 1970. A total of 51 victims were killed.

The threat doesn’t seem to be going away anytime soon, proving exactly why the presence of in-school security camera systems is vital to saving lives. With real-time video surveillance, officials will be able to monitor any individual who attempts to enter the school and deny entry at the door to anyone who appears suspicious. In lockdown situations, security camera systems can help law enforcement locate where shooters are within the building to quickly stop/apprehend them and eliminate the threat as fast as possible.

Let’s face it, high school is a time where teenagers often test boundaries to see what they can and can’t get away with. In high schools, there are bound to be cases of cutting class, tobacco use, vaping and underage drinking during school hours or at extracurricular events (football games, school dances). Security cameras are a watchful eye that can catch them in the act to improve behavior and let teachers/parents instill invaluable learning lessons for the soon-to-be young adults.

On a lower level, the school bus is a common place where misbehaving and bullying takes place. Whether it’s the feeling of freedom when school lets out for the day or children’s belief that they can’t get in trouble on the bus, bus rides to and from school can be problematic for students, parents and drivers. With video surveillance, however, kids will be aware that their every move is recorded. There won’t be any room for debate if they are accused of provoking a fight, bullying another student, stealing something out of a backpack or disrespecting the driver.

Drivers aren’t always the innocent ones, either. Sometimes, they can be at fault for inappropriate language, failure to follow procedures, reckless driving and more – all things security cameras will discover.

When older students, faculty and staff are in school, their cars are left unattended for the entire day. That provides car thieves with an eight-hour window to break into vehicles and steal valuable items. With security camera systems, that threat is eliminated. They also prevent vandalism to school property, such as graffitiing school walls or breaking school windows, and the dreaded senior prank that often takes place every spring semester!

Future Communications is here for your security needs. Fill out our contact form today for a free consultation to learn more about how our CCTV security camera systems can help make your school safe.